"So what's going on here? Well, it might sound like a hokey religion, but central banking is really a Jedi mind trick. Just saying something can be enough to make it happen. That's because the power of the printing press gives their words a distinct power. Well, that and the fact that the economy is already one big self-fulfilling prophecy." - Matt O'brien,  "Abenomics has only worked because foreigners think it will"

"Lucas thought he could do better. His major innovation in his seminal 1972 article was to get rid of the assumption (implicit and often explicit in virtually every previous macro model) that government policymakers could persistently fool people." - The Concise Encyclopedia of Economics, "Robert Lucas".

Of course, if we knew - really knew - that one got much more reliable results by doing the things that ad-hoc macro does not, it would be a tool to be used only for the most preliminary examination of issues. But do we know that? - Paul Krugman, How Complicated Does the Model Have to Be?

"It is unfair for Keynesians to be making fun of the people who call for austerity by saying “confidence fairy” when they are making similar expectational-shift arguments themselves." -  Brad DeLong, Confusion: High Public Debt Levels and Other Sources of Risk in Today's Macroeconomic Environment

The classic solution to the problem posed by a demand slump when monetary policy becomes ineffective due to the operation of a liquidity trap is a credible commitment to future inflation (see for example Paul Krugman's 1998 Japan's Trap). This commitment reduces the real interest rate despite the presence of a zero bound and thus stimulates spending, and it does so through the impact of the commitment on expectations about future inflation. In a later blog post Krugman himself puts it like this:


"Here’s the thing, however: the economy won’t always be in a liquidity trap, or at least it might not always be there. And while investors shouldn’t care about what the central bank does now, they should care about what it will do in the future. If investors believe that the central bank will keep the pedal to the metal even as the economy begins to recover, this will imply higher inflation than if it hikes rates at the first hint of good news – and higher expected inflation means a lower real interest rate, and therefore a stronger economy. So the central bank can still get traction if it can change expectations about future policy."

The tricky part is, as he goes on to note, this commitment won't convince if investors fear that at the first sign of good news the normally staid and serious central bankers revert to type and snatch away the punch bowl. An old Greek fable catches the feel of the situation remarkably well:


"A lion is trapped in a deep hole. A fox passes by and the lion asks it to pass down a tree branch. The lion makes many promises about the reward it will give the fox if it escapes from the trap. The fox understands that the lion is hungry and that once escapes the trap it will simply eat it. Once the lion is free from the trap it has no incentive to fulfill its promise but has every reason to make the fox its meal."

So the central bank has to commit to future inflation in a way which credibly convinces investors that they are not going to be turkey's participating in a Christmas promotion campaign. In an attempt to get over this his (at the time) PhD student Gauti Eggertsson came up with a set of proposals - in a paper entitled Committing to Being Irresponsible - where the core idea was that removing central bank independence would make the commitment more credible, presumably because politicians are known to have a lower anti-inflation bias than central bankers. Eggertsson puts it like this:


"In this paper the zero bound is binding because of large shocks that make the Central bank unable to lower the nominal interest rate enough to prevent deflation and a deleterious decline in output. We show that in the presence of these shocks there is instead a deflation bias of a discretionary independent Central Bank."

"In a liquidity trap the Central Bank would best achieve its goals if it could commit to moderate future inflation in order to maintain price stability and keep employment close to potential. If it is a discretionary maximizer it cannot, however, do this because its announcements are not credible. The result is a liquidity trap characterized by excessive deflation and undesirably low output."

Krugman uses exactly the same expression at the end of the post I cite above: "The hope now is that things have changed enough at the Bank of Japan that this time it can, as I put it all those years ago, 'credibly promise to be irresponsible'". So the question is, why isn't this short term irresponsibility - I presume the idea is that they don't go being irresponsible on forever (although see below) - some variant of what Matt O'brien calls the Jedi mind trick? 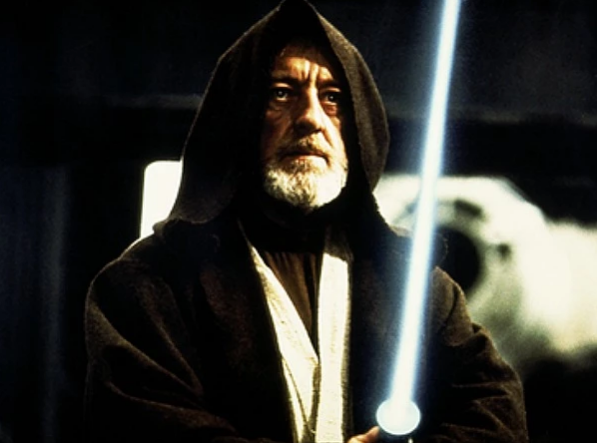 At the heart of the problem lies the issue of expectations, and what you can get people to credibly believe. Baron von Münchhausen was reputedly able to pull himself up by his own bootstraps , why don't you go try it?

The reasonable conclusion to draw is that expectations really are constantly at work in day to day economic processes, even if we don't fully understand the mechanisms through which they work, and it is a perfectly plausible approach - and not simply a Jedi mind trick - to adopt a policy aimed at changing people's expectations. Especially if the problem you are trying to deal with is deflation rather than inflation. As Mario Draghi says in his standard definition of deflation: “Deflation is a protracted fall in prices across different commodities, sectors and countries. In other words, it is a generalised protracted fall in prices, with self-fulfilling expectations." So obviously to break out of deflation you have to change expectations.

But the question arises: in the case of the deflation we are seeing in Europe and Japan is that possible?

Maybe it would be a good economic outcome for us all to practice levitation. But - despite what some may think - we won't be able to do so simply because some government agency or other works hard to try to convince us that we all can.  We need to think to some extent about the mechanics of flight.

Something similar is evidently the case with deflation. We need to think about the causes and whether or not the proposed solutions work before we can decide whether or not the attempt to generate (at the central bank or elsewhere) the appropriate expectation is achievable. If we think the current deflation is just an expectations issue – and not a phenomenon with deep roots in the real economy – we may well end up leading ourselves totally astray.

These arguments form part of a chapter in my new book "Is The Euro Crisis Really 0ver? - will doing whatever it takes be enough" - on sale in various formats - including Kindle - at Amazon.